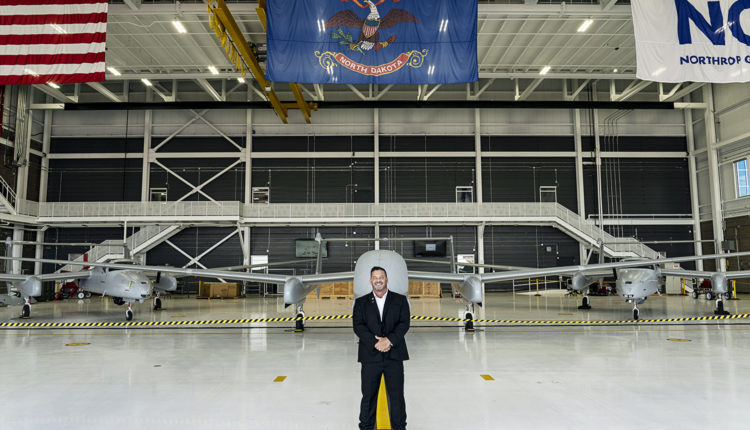 “Impossible anywhere else.” That’s the phrase used by Mike Fridolfs, Northrop Grumman’s site director at Grand Sky, to describe a series of flight tests of their new drone in North Dakota. The open skies of the prairie, the unparalleled UAS ecosystem, and the state and local government’s unflinching industry support made it easy for Northrop Grumman to be successful in testing ‘Firebird’.

Setting Up for Success

Northrop Grumman had long viewed the Grand Forks region as an ideal location for autonomous test flight. In 2017, the global aerospace and defense technology company set up shop at Grand Sky, the nation’s first commercial UAS business and aviation park located 15 miles west of Grand Forks and nestled right next to the Grand Forks Air Force Base. Those factors, plus collaboration from other UAS companies and a pipeline of talent from the University of North Dakota drew them to expand to the region.

Fridolfs relocated from San Diego to head up the Grand Sky location and for the opportunity to join the thriving UAS network. He had heard that North Dakota was known to break barriers by being the first in several industry endeavors. Firebird would provide the chance for another first. 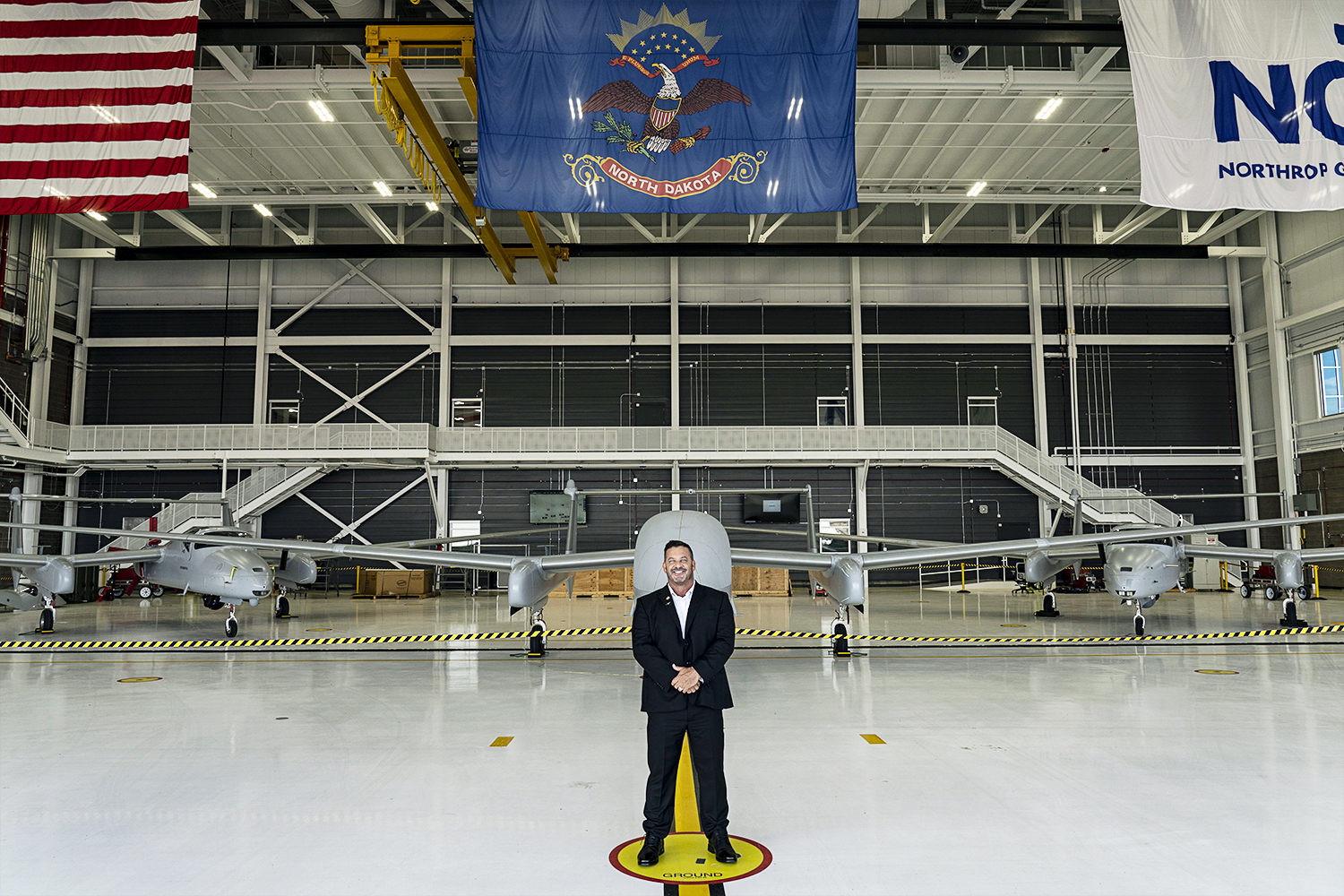 The Power of Firebird

Firebird has a nearly 80-foot wingspan, can carry a payload of up to 1,700 pounds, and can fly for more than 30 hours straight. In other words, they’re big. In April 2020, Northrop Grumman actually opened up a new 36,000-square-foot hangar (about half the size of a football field) at Grand Sky to house the new drones during flight demonstrations last summer. But the true differentiator for this aircraft is that it can convert from autonomous to piloted configurations. During the flight demonstrations in North Dakota, the team was able to swap the configurations in under two hours.

“The Firebird aircraft is not only unique in its manned or unmanned configurations but in its versatility in mission capability and flexibility for our customers to tailor it exactly to their needs,” said Fridolfs.

But ensuring Firebird could rise to its full potential and satisfy end users required unique conditions and a unique location. Most areas of the country would not allow for the length and duration of test flights necessary to explore the aircraft’s possibilities. That’s when North Dakota stepped up to break another UAS barrier.

The collaborative UAS ecosystem in the Grand Forks region provided everything the Firebird team needed to meet all the objectives for the program. The primary goal was to demonstrate mission-relevant operations in Beyond Visual Line of Sight (BVLOS) autonomous mode. Coincidentally, North Dakota is home to Vantis, the nation’s first and only statewide BVLOS network. This allows drones to be operated beyond visual range, which currently can’t be done anywhere else in the United States. The infrastructure and support of the local community allowed for the freedom of movement to respond to simulated pop-up demands and execute mission plans as close to real-world as possible.

“Having existing infrastructure and approvals in place for companies provides turn-key services to those wanting to test advanced UAS missions,” said Nicholas Flom, Executive Director of the Northern Plains UAS Test Site. “The State of North Dakota’s investment and deployment of Vantis, the state’s BVLOS network, will further enable more opportunities for many more UAS users.”

The Firebird test flights included several firsts for Northrop Grumman. It was their first ground-based ‘sense and avoid’ operation, and it was their first unmanned aerial system (UAS) operation in national airspace. Another milestone was the first Firebird UAS day/night operations, consisting of 36 hours of flight operations over a 38-hour period.

In addition to the UAS ecosystem, Grand Forks’ climate offers the perfect aerospace testing environment, enabling programs to prove their technologies and operational capabilities at unmatched levels in extreme weather conditions. Temperatures in the summer can hit the triple digits, and the winters are known for being well below zero. The variation in humidity, wind, and precipitation also contribute to the testing factors. Flight demonstrations were successful in 2020 and the team is looking for the next opportunity to bring Firebird to Grand Sky.

Almost two decades ago, North Dakota had the foresight to establish expertise when the UAS industry was in its infancy and today is known as “Silidrone Valley”–the nation’s UAS trailblazer. The strategic infrastructure of the UAS ecosystem in the Grand Forks region has proved critical to the sustainability, growth, and success of businesses large and small.

“For decades, North Dakota’s community, business, and elected leaders have shown great vision and commitment to create the nation’s premier UAS ecosystem.  This continues to be built on the state’s innovative university system, rich tradition with the U.S. Air Force and, more recently, the FAA UAS Test Site to create a unique environment for UAS technology research to thrive,” said Keith Lund, CEO & President of the Grand Forks Region Economic Development Corporation. “UAS companies operating in our region benefit from lower operating costs and uncluttered air space.  With these assets, operating environment, and ecosystem, we’ve had success attracting UAS technology companies to our area and this sector continues to grow in the Grand Forks region.”

“North Dakota makes it very easy to be successful,” said Fridolfs. “What happened with our Firebirds was possible because of the significant and enduring support of the local Grand Forks community.”

Click here for a PDF version of this article.