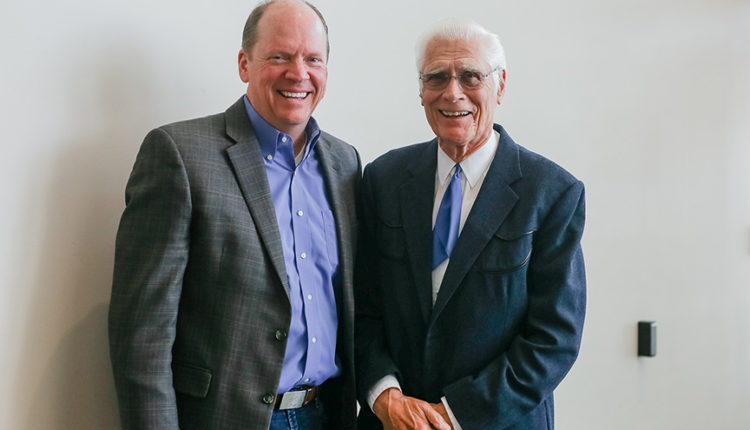 The Grand Forks Region Economic Development Corporation board of directors announces Wes Rydell as the 2022 Klaus Thiessen Impact Award recipient. They presented the award to Rydell at their annual meeting on Thursday, April 28. The board annually recognizes an outstanding business or individual making a positive impact on economic growth and prosperity in the Grand Forks region.

“I had the good fortune of getting to work with Wes Rydell through my position at Alerus. In my 37 years of banking, I would be hard pressed to name another person or company that has accomplished so much, impacted so many people and is recognized nationally for their excellence,” said Karl Bollingberg, EDC board member who presented the award. “Wes is a generous servant leader, and we will never know all he has done for countless individuals and all from behind the scenes.”

The EDC’s board of directors chooses an individual or business to honor with the Klaus Thiessen Impact Award annually. The board felt that in addition to employing hundreds of people and setting many up for success, Rydell’s contributions to many important local causes, most behind the scenes, were among the many reasons he was chosen for the award.